It’s no coincidence that this month’s meme is Toni Morrison. All this semester I have been studying Morrison, as I am privileged to attend a university that offers a class solely focused on her writing. The nuances and intentionality of her prose are powerful and inspiring, and I’ve greatly enjoyed exploring her work. So far we’ve done deep dives on The Bluest Eye, Sula and Song of Solomon, with side trips into her essays and academic writing. I can already tell that I’ll be digging out Beloved and Paradise over the summer.

My Deep Thoughts on Morrison and my other studies in the MFA program are a continuing feature on the Patreon. I recognize that I have an enormous privilege to be able to pursue an MFA in creative writing and spend three years developing my craft and studying literature, and not everyone has the financial or practical freedom to do so. Therefore I am sharing what I learn on the Patreon, so that my readers get an MFA by proxy! Or something like that.

As we enter the homestretch of the Longest Semester of My Life, the travel schedule is picking up. As I write this, I’m one week back from Memphis and heading to Wichita later this week, with more travel on the horizon. Am I coming to a show or festival near you? If not, drop me a line and I’ll see what I can do.

Meanwhile, I’m delighted that the anniversary edition of Setting Suns is out now! “But wait, Elizabeth, I already read that book.” Sure you did, but this anniversary edition has a new short story, a new afterword and other tweaks. I am very happy with the way it came out, and many thanks to Kody Boye Publishing Services, who did a great job on the book.

We premiered it at Midsouthcon this past weekend, and had a great time seeing our old friends and meeting some new ones. The official release event is slated for April 15 at Spine Books here in St. Louis, and I hope to see you there!

More about the Setting Suns release on the blog, but in the meantime, here’s where you can pick up a copy: 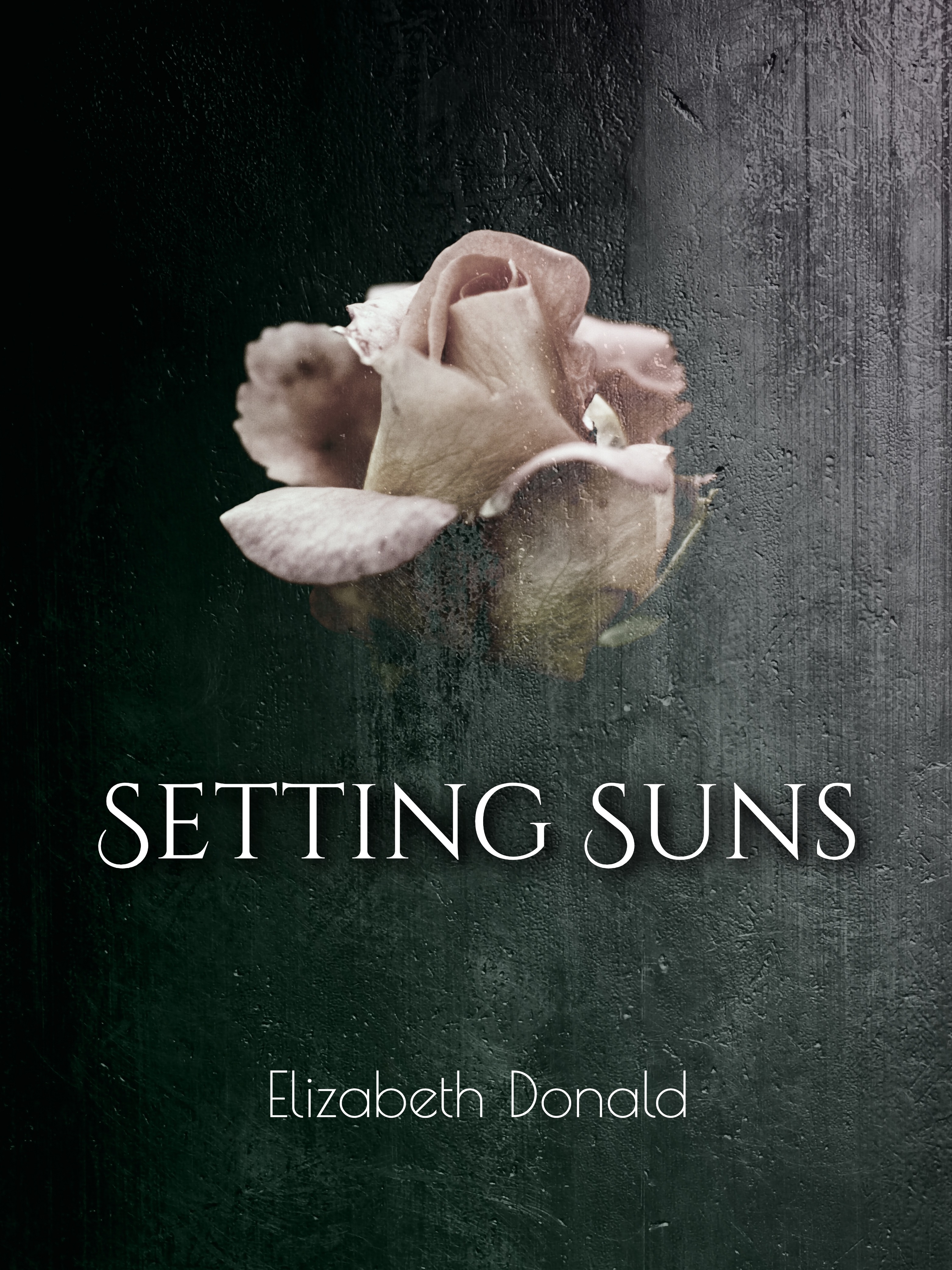 In March I simultaneously attended the national conference of the Association of Writers and Writing Programs and Midsouthcon on the same weekend, which was a hilarious bit of scheduling. Many thanks to my husband and our fellow Literary Underworld authors, J.L. Mulvihill and Rachel Brune, for their patience as I dashed up to the hotel room for AWP panels, then back downstairs for a Midsouthcon panel. Rinse, repeat.

Kimberly Richardson of Viridian Tea House gave a wonderful review for Nocturne Infernum with five out of five cups of tea. “This is one hell of a book,” she declared. Check it out here!

I am so excited to be reading and signing Setting Suns on April 15 at Spine Books here in St. Louis. Spine Books specializes in indie and small-press publishing, primarily from local writers, and I’m honored to be featured in their Friday night showcase series. The fun starts at 6 p.m. – check out the Facebook event for details!

Other highlights of the coming month include the SPJ Region 7 Conference in Wichita next weekend, where I am presenting on the practical applications of the SPJ Code of Ethics; our annual (ha ha) SPJ Trivia Night (postponed five times due to COVID); the First Amendment Free* Food Festival; and the Afterwords Bookfest in Edwardsville, Ill. on April 30. Whew! It’s going to be quite a month.

I’m also pleased to announce I will be attending ConCarolinas this summer as a guest author. I’ve never been to this particular con, so I’ll have to see if I know anyone there…

I premiered a few pieces at my Midsouthcon reading, including two literary fiction stories from my MFA workshop and a selection from Setting Suns. Happy stories about bunnies and unicorns, of course.

In the meantime, read a bit about how this anniversary edition of Setting Suns came to life in “Twenty years of fever dreams.”